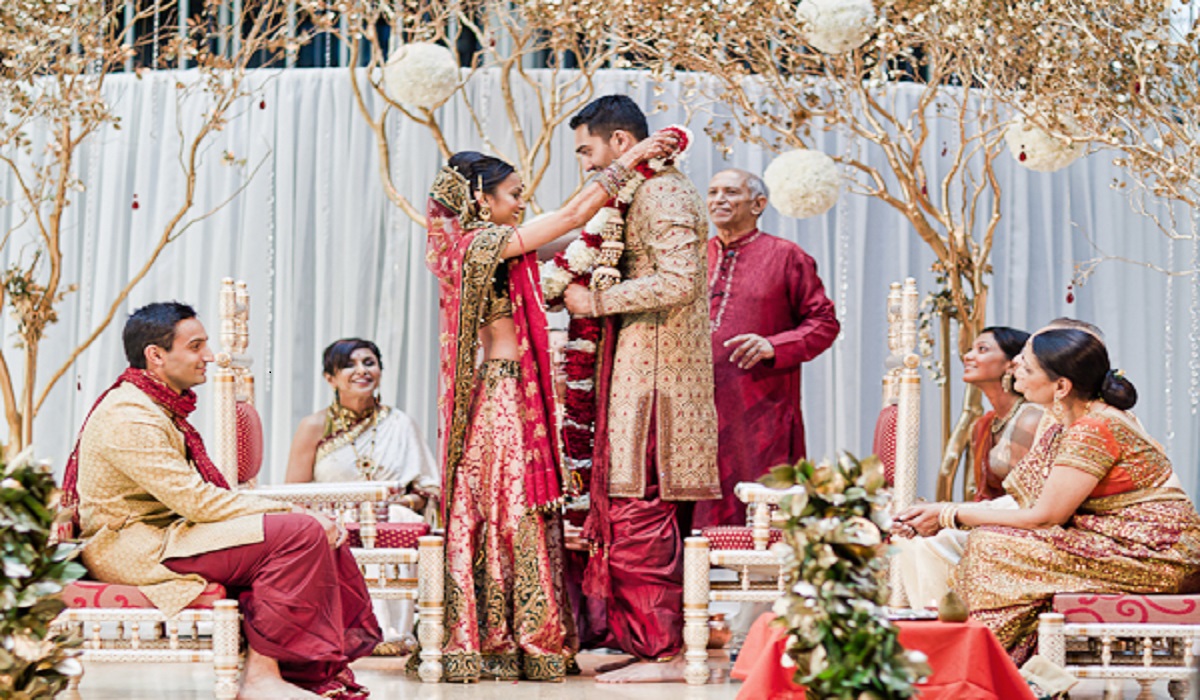 Indian weddings are nothing short of a concoction of traditions, ceremonies, music, food and oodles of melodrama. And though the basic structure of Indian weddings has undergone a complete makeover, these basic elements remain intact in almost every Indian wedding.

Almost a decade back, most people could not really afford to spend their money on extravagant weddings and hence, weddings were kept simpler. For most families, weddings were private affairs and only the near and dear ones were invited. The guest list was trimmed further in case the budget was falling short. The last few years, however has witnessed an era of prosperity and awareness, which has led to the emergence of the wedding industry.

With the rapid improvement in the living standards in India, there has been a drastic change in the societal pyramid. The society is no longer divided into various archetypes; mediums such as social media has given rise to intermingling of various cultures. The once famous marigold flowers, also known as “gaindhe ke phool” have been outdone by orchids and lilies; unscripted and on-the-spot dances have been replaced by professionally choreographed dance performances and home-made food has given way to the multi-cuisine layouts that includes Thai, Italian, Japanese etc. More importantly, the responsibilities of cousins and uncles running around making the arrangements for weddings have been transferred to the wedding planner. Instead of the aunts and friends helping in dressing up the bride, it’s make-up artists and stylists who give the bride a complete makeover. Professionally clicked wedding photographs and pre-wedding shoots provide not just a medium for capturing memories but also to serve the ones who couldn’t attend the wedding. Not just that, in a world where occasions are validated by how many likes and comments the event receives on some platform, Facebook and Instagram serve as a means of projecting a family’s social standing. Opulent weddings seem to have become a benchmark for many.

The average person generally spends between 2 to 20 million rupees on a wedding that might be a three or five-day long event. It is also estimated that about 10 million weddings take place in India annually. No doubt the Indian Wedding Industry is now a multi-billion-rupee industry. Expenditure on designer clothes, jewelry, catering, invites, photography and the décor adds up to humongous amounts. It might come as a big surprise, but it is during the wedding season that the amount of gold bought reaches a mammoth 450 tones. Himanshu Kapsime, an Engineer from IIT Delhi, quit his job in the US and started an online wedding portal called shaadisaga.com a few years back. Himanshu says, “This is a recession-proof industry”.

A lavish wedding makes the bride, groom and both families feel like celebrities for a day or two. By treating themselves to an extravagant and splendid party in celebration of their children’s wedding, the whole family feels nothing less than a celebrity for a day or throughout the wedding ceremonies. It feels as if the bride and the groom are the stars and the social media is their display channel. What’s all the more a welcome change is that it’s not just the super-rich that can flaunt a big-fancy wedding, the upper-middle-class Indians are not behind in outsourcing the wedding.

The trends of the elite are filtered down to the common public who are deeply inspired by social media, news channels and magazines. The younger generation is definite to not only adopt and adapt but also mirror and modify. Shweta Acharya of Baraati Inc, has handled over 15 weddings which include 4 destination weddings, one of which was organized in Florence. She says, “A planner makes a wedding come alive. He or she is the chef of a wedding. We have to make sure that the fairytale wedding is delivered with flair so that the client is stress-free”. In most Indian families, saving for the wedding starts very early in life. Now, it’s not just the parents who spend at the wedding, the boy and girl to-be-married can finance a big part of their own wedding too. This extra money makes spending easier and the standard of wedding rises higher and higher.

Youth of today also like to be personally involved in their weddings, not in the working but the planning. As they may not have much of an idea about the ceremonies, the rituals and about pooling the resources together but they do like to add their personal touch in every aspect of the wedding. From the invitation cards to the gift for the guests, from the decor to the menu, they want everything to be in line with their own taste.

What Shweta has pointed out is another big reason for the paradigm shift from the traditional Indian wedding to planned weddings, many people consider organizing a wedding to be quite hectic business. The couple as well as the immediate family have to be involved in the planning while it is only the guests that get to enjoy. The whole event becomes an obligation to keep others entertained. The present generation views the wedding as a holiday and a means to get together with friends and family and make some happy memories. And they do not mind adding 10-20% more to their budget if they can get the peaceful and hassle-free services from the wedding planner. This is a big reason why wedding planners are so much in demand.

Destination Weddings are the newest trend that seems to be staying on for long. With many celebrities going to exotic locations for their wedding, the young couples to-be-married-soon have a new wish-list. More and more couples wish to have a personal and meaningful ceremony in a far-off location, where they can spend some quality with their friends and family.

The younger generation often finds the wedding ceremonies to be replete with tradition. Most of them want high-tech weddings but with a dash of tradition. Weddings still are a once-in-a-lifetime affair, and nobody wants anything to go wrong. That’s the season of hiring specialized services like the photographers, decorators, videographers, stylists, designers and caterers. Though it is still the head of the family who is the ‘chief-organizer’, but then what’s the fun not having some highly charged emotional drama at a wedding. It is these high-pressure moments that make a great laugh years later. After all, it’s all about having a good time!